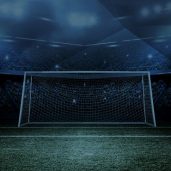 What a first week it has been! The US Open Grand Slam in Flushing Meadows, New York, was always sure to be jam packed with excitement, but I don’t think anyone expected things to be quite this intense!

In the womens, number 2 seed Simona Halep went down in the first round to none other than Maria Sharapova, who has made a dramatic entry back into the tour following a 2 year ban from the sport. In the mens, Roger Federer showed signs of vulnerablity early on as he was taken to five sets by Frances Tiafoe, followed by another hard fought victory over Mikhail Youzhny yesterday.

There is another week of exciting matches yet to come and our Tennis MoneyBack continues, take a shot and place any pre-live Match Winner bet on the US Open. If your selection wins the first set, but loses the match, you will get your money back up to 30 mBTC.

Spain and Italy are set for a final showdown to see who will secure the top spot in Group G of European WC Qualifications. The winner practically secures their appearance at the World Cup, while the draw leaves the group wide open.

Spain have failed to beat Italy at their last three attempts but they have won their last two on home soil against them, winning 1-0 on both occasions. Italy will have their work cut out for them in this one. Despite having scored 18 goals in the group, they still trail on goal difference to Spain so they are going to need a win to finish at the top of the group.

As Spain are on a 14-game unbeaten run in Euro and World Cup qualifiers dating back to 2014, we predict them to win it. That`s why we are offering you a Price Boost of 2.30 on them winning vs Italy.

A showdown between 2nd and 3rd in Group B of World Cup Qualifications is in store for us. European Champions Portugal travel to Budapest as one of the favourites to qualify for next year’s World Cup, while Hungary are still considered outsiders to make it to Russia.

Portugal are on a good run, having recently beaten Faroe Island 5-1 with Cristiano Ronaldo scoring a hat trick in that match. With their skipper well on form, Portugal are considered as the clear favourites. However, Hungary have scored 9 goals in their last 3 home matches and have only been defeated once by the overall group leaders Switzerland since the start of their campaign. They are surely not to be underestimated.

As both teams are known for their ability to score but not as much for their rock-solid defence, we can be quite sure of an entertaining match ahead. To make the match even more exciting we are offering a Multi-Bet Price Boost on Portugal to win the match.

All these bets you can bet at Sportsbet.