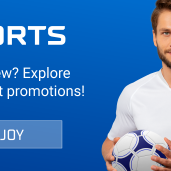 STS – the largest bookmaker in Poland, which also operates in several European markets – has just started to provide services based on an independent licence in the United Kingdom. This is the next stage of a long-term foreign expansion strategy.

After starting in February this year; STS operates in more than a dozen European countries and has constantly increased its involvement in developing outside the domestic market. One of the effects of these activities is obtaining its own licence in the UK.

We are not only the largest Polish bookmaking company but the first domestic company in this industry that operates outside the domestic market. Obtaining a licence in the United Kingdom is the result of a consistently implemented international expansion strategy. We are always looking at other prospective foreign markets – Mateusz Juroszek, CEO of STS.

STS is the first Polish bookmaker to start foreign operations, and further international expansion is planned. STS is currently conducting advanced activities aimed at obtaining its own licences in other markets.

STS has increased its revenues over tenfold – from PLN 220 million to PLN 2.41 billion – in the last six years. Currently, STS holds a 47% share in the Polish bookmaking market, and 80% of its revenues are generated by online channels such as applications dedicated to Android and iOS as well as the website and the mobile version of the website.

STS expanded its business to European markets in February 2019. After years of intensive development, the company now controls almost half of the domestic sector. The bookmaker’s offer is available in the UK, Germany, Iceland, Luxembourg, Slovenia, Andorra, San Marino, Gibraltar, Slovakia, Malta and Latvia. STS is the first Polish bookmaker to start foreign operations.

In December 2019, STS won the “Omni-channel Operator of the Year (Sports & Casino)” award at the SBC Awards 2019. In addition, the bookmaker was named in this year’s EGR Power 50 ranking – a list of all the big players from the gaming sector. STS made its debut in 27th place in this elite group.