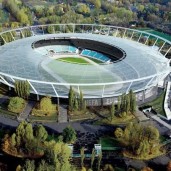 UEFA decided to organize Euro 2012 in eight cities. Poland and Ukraine applied for expanding the list of host-cities to 10-12. The decision of UEFA can mean that the European Championships will pass over Chorzow and Krakow. – We have reached an agreement with Poland – said the head of Ukrainian football Hryhorij Surkis – Euro will be held in four Polish cities and four Ukrainian ones. The final list of the city-hosts will have been prepared by UEFA by May. Michal Listkiewicz the former head of PZPN (Polish National […]

Zbigniew Boniek met the UEFA president Michel Platini at the game between Roma and Chelsea in the Master League. Both gentlemen had the opportunity to talk about the Polish football, elections in the Polish Football Association and about Euro 2012. It was in connection with the last one that Boniek brings good news for the cities of Krakow and Chorzow back from the meeting. „Michel opened my eyes to certain matters. In Poland no one realizes that, but it is as many as six cities that have equal chances for […]

Score from 10 reviews 9 Hotel Restauracja Piwnica Rycerska Rynek 8, Kęty In Kęty at Rynek 8, in a 19th century tenement is situated the “Piwnica Rycerska” Hotel & Restaurant. The house represents the highest European standard.… More Score from 23 reviews 8.9 Hotel Palac Wisniewski Popiełuszki 13, Piekary Slaskie In a quiet, picturesque area, the hotel is great for a peaceful, relaxing break.… More Score from 91 reviews 8.8 Hotel Galicja Dabrowskiego 119, Oświęcim The hotel is a remodeled, original 19th century post station. We do our best and […]

Following UEFA’s selection of four Polish cities as hosts for Euro 2012, Lokale Immobilia takes a brief look at the state of preparedness of the winning urban centers. After months of doubt and sharp criticism, the four Polish cities chosen by UEFA to host games in the Euro 2012 soccer championship – Warsaw, Gdańsk, Poznań and Wrocław – have much of their preparation on track. Indeed, though Kraków and Chorzów were officially discounted, hope remains that a slip-up elsewhere in Poland or in Ukraine could still offer the opportunity to […]

Four Polish cities picked; Krakow not on the list After months of waiting and speculation in media from Gazeta Wyborcza to The Guardian, UEFA has finally announced the list of host cities for the 2012 European Championships. At a press conference this morning in Bucharest, UEFA President Michel Platini announced the final choices for host cities for Euro 2012: for Poland, Warsaw, Gdańsk, Wrocław, and Poznań are confirmed. Unfortunately for Krakow, this means the city, along with Chorzów, is now out of the running. Krakow’s mayor took an optimistic tone […]