Argentinian superstar Lionel Messi has become the leading goalscorer in the history of Barcelona at the tender age of 24. 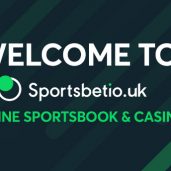 This July, WIN incredible sports memorabilia, cash prizes and more at Sportsbet. The stars of the English Premier League, Series A and La Liga are returning to the field for new and exciting football showdowns! Hail in the Return of the Champions and help us welcome back the beautiful game in style! From July 8, Sportsbet players can take part in a 4-week, action-packed leaderboard challenge with a host of awesome incentives up for grabs, including… 2 signed jerseys from football legends Cristiano Ronaldo and Lionel Messi Loads of free bets and cool […]

Wayne Rooney is the only Englishman to have been included on the 23-man shortlist for this year’s Ballon d’Or.

The 26-year-old, who is expected to start Wednesday’s Champions League clash against Otelul Galati, a game Manchester United are 9/2 with b…