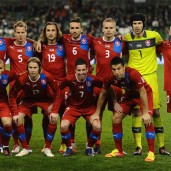 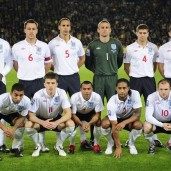 The Sons of Albion will play at the European Championship for the eighth time. The biggest success was a bronze medal in 1968. In their five-team qualifying group they quite easily took the first place against Montenegro with five wins and three draws. The English like the French, lost the last few big events. The resignation of Fabio Capello from the function of a coach a few months before the start of the Euro will not be helpful for them. The Italian coach could not respect the decision of the […]

Wayne Rooney will be able to play in England’s Euro 2012 game against Ukraine after having his ban cut from three to two matches.

England’s star striker Wayne Rooney has admitted that he has only himself to blame for a three-match suspension which could blight his Euro 2012 campaign.

Rooney could miss all three group games unless an appeal succeeds in having the ban reduced, wi…

Wayne Rooney will return to Manchester United’s starting line-up for their Champions League clash against Romanian side Otelul Galati, a match Sir Alex Ferguson’s team are 13/2 with bookmaker to win 3-0.

Rooney was named as a substitute for Saturday’s 1…

England are now 10/1 with bookmaker to win Euro 2012 after star striker Wayne Rooney was handed a three-match suspension by UEFA.